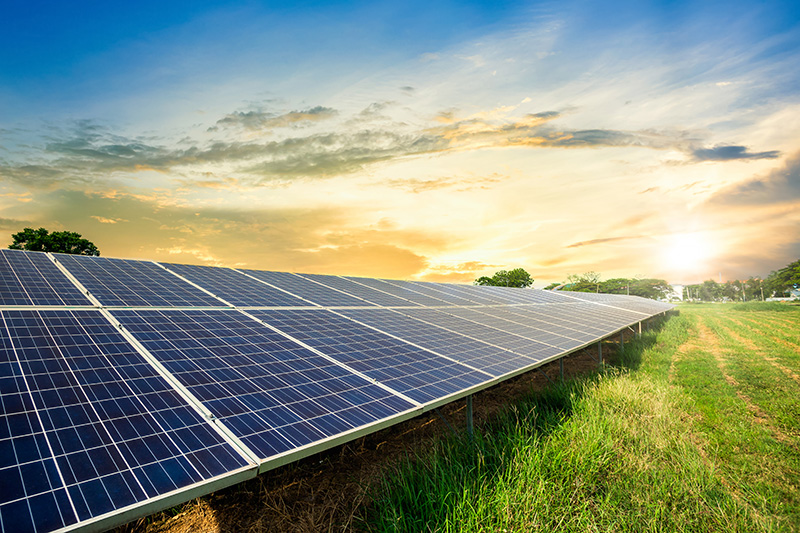 Energy is often the first thing that comes to mind when thinking about sustainability. The increasing worldwide demand for energy presents a serious challenge, not only in terms of generating the energy we need, but also saving, distributing, and storing it.

This includes batteries capable of storing ever increasing amounts of electricity while reducing their weight and cost, and the generation and transmission of vast amounts of green electricity, which itself requires more efficient solar panels and wind turbines. Here we explore the important role of nanomaterials in trying to meet these challenges.

How are nanomaterials and nanotechnology used?

Nanomaterials are used to develop existing types of renewable energy and to find new energy sources. Research into the performance of batteries is ongoing, where nanomaterials could extend their life even when stored for longer periods of time.

Nanotechnology can also lower energy consumption for products such as light bulbs, where nano-engineered polymers can bring increased efficiency.

The main materials currently being researched in the field of energy include graphene-based materials that are stronger than steel and diamond, while being extremely light and flexible; non-toxic silicon nanoparticles that can emit light and transmit energy; and nanocellulose, an organic compound that is electrically conductive, light and stiff.

Thermocells are new energy sources made of carbon nanotube electrodes that harvest low-temperature thermal energy. Due to the properties of the carbon nanotubes, thermocells can generate electricity continuously.

In the future, they might be used to generate electrical energy from heat discarded by chemical plants, cars, and solar cell farms to save energy and use it more sustainably.

The rapid adoption of wind and solar energy gives hope that the EU, and the world, will be able to accelerate moves away from reliance on fossil fuels. The costs of both technologies have decreased over the past decades, while their efficiency has increased. Nanomaterials have played an important role in this and are expected to further reduce costs and increase efficiencies in years to come.

Currently solar cells, also known as photovoltaic cells, based on crystalline silicon dominate the market. While they can be highly efficient, they also have some limitations. Nanotechnology opens the door for other technologies like thin film solar cells that use nanocrystalline silicon, light dye sensitised solar cells using titanium dioxide nanoparticles, or solar cells based on quantum dots.

Nanoparticles can reduce the manufacturing and installation costs of solar panels, making it cheaper for industries and the public to start using them.

For the storage of energy, one of the main challenges of solar energy, semiconducting nanowires are being tested due to their unique physical light absorption that enables them to store higher amounts of energy than other materials.

Nanomaterials can also be used to improve the efficiency of wind energy. For example, carbon nanotubes used in wind turbine blades make them lighter and stronger. The light weight of the blades in turn allow for larger blades and more energy to be generated.