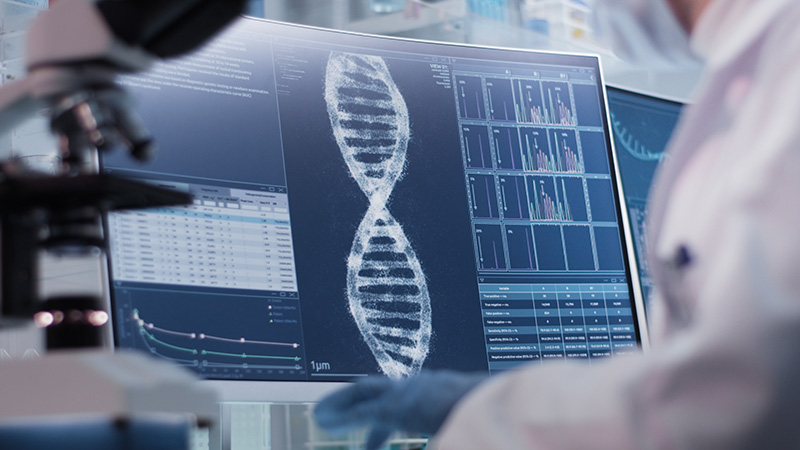 Mutations are changes to the genetic material of cells or organisms and the ability to cause these changes is called mutagenicity. Like any other chemical, a nanomaterial may also cause mutations and mutagenicity is a key area that can be used to evaluate the potentially harmful effects of chemicals.

Mutagenicity testing generally looks at two mechanisms: gene mutation – changes in the DNA of a single gene, or chromosomal aberration.

Chromosomal aberration can be structural where chromosomes break or are rearranged, or numerical where the number of chromosomes changes. These can lead to a variety of genetic disorders and birth defects.

A range of tests needed to assess mutagenicity

A single test cannot detect all mutagenic mechanisms so a battery of tests is usually required.

The OECD has given several recommendations to properly assess nanomaterials in vitro:

Nanomaterials that turn up negative in the battery of in vitro mutagenicity tests should be considered non-mutagenic. If one of the in vitro tests show a positive result or if it is not appropriate to test the nanomaterial in vitro, a follow-up in vivo test, so testing with a living organism, should be done. This helps to verify whether mutagenicity observed in an in vitro system can be reproduced in an in vivo system.