Most patents (2139, 67%) were published in the national patent offices, while the rest were in the World Intellectual Property Organisation (WIPO, 963, 30%) and the European Patent Office (78, 3%). China (1209 applications, 38%) prevailed among the countries where most patent applications were published. Other countries, such as the USA, Russian Federation, South Korea and Australia were in the top five by the number of published applications significantly lagged behind China. 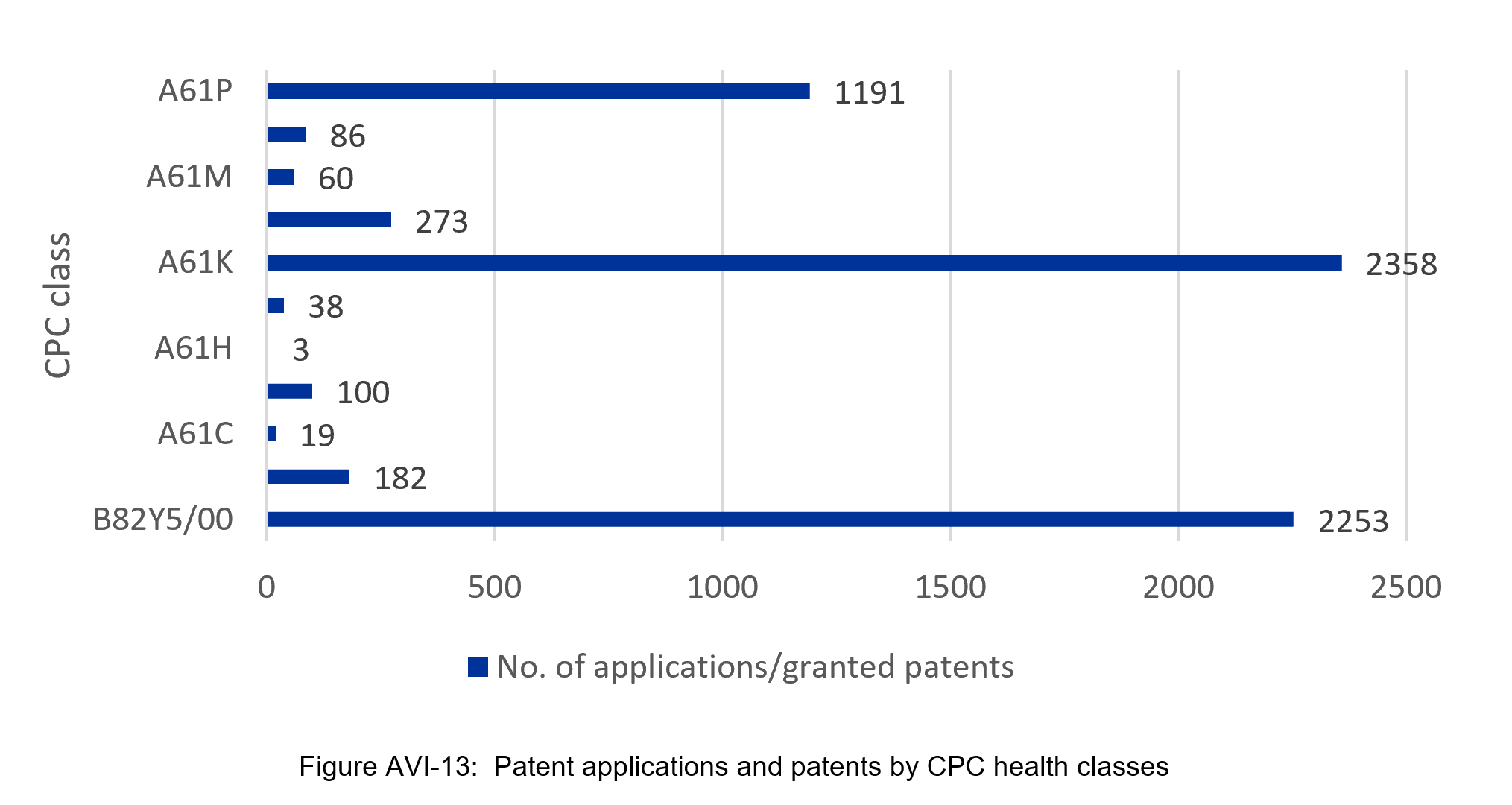 A61P sub-class focuses on chemical compounds or medicinal preparations for therapeutic activities, in simple words, on drugs used for the treatment of different conditions.4

The patent application by Zhang et al. (2017) was prepared by the University of California (USA). It received eleven citations from six organisations located in four countries.